For us, creating the image of the greatest passions. Each stylist-hairdresser takes into account appearance, temperament, character, style and personality to provide every customer with a unique look and well-being.

For us, creating the image of the greatest passions. Each stylist-hairdresser takes into account appearance, temperament, character, style and personality to provide every customer with a unique look and well-being.

Olaplex is a set of three products, two of which are intended for use in the salon during surgery coloring or bleaching hair, and one for home care.

Olaplex is a polymer that rebuilds the bond (bridge) disulfide hair, which usually are damaged during coloring or bleaching treatments. And that is the whole secret! A brilliant idea !!! Women who lighten your hair or color them often on a long-awaited invention. The effect is that the hair over the entire length of the regenerated three-step care. Chemists who worked on Olaplexem noticed that about the condition of the hair care should be taken during the procedure itself coloring or bleaching, and after him

How to use Olaplex?

- The first is Olaplex Multiplier Bond. Created by a barber directly to any product for coloring or lightening still during the procedure fixes corrupted or broken disulfide bonds and also prevents further damage.

- Second, Olaplex Bond Perfector no 2, enhances the effect of the first product and also may be used only by a hairdresser. Incorrectly applied product (used in the wrong amount or for too short a time) do not harm the hair, but it is not going to work. Hair Coloring with Olaplex takes more time than usual because the product is diluted paint, which must no longer lie on the hair. The procedure time is extended by a further ten minutes due to the product number 2, which, as a mask is applied to wet hair after dyeing process.

- For use in the home is designed Olaplex no 3 Hair Perfector. It contains the same active ingredient as two other products, and its mission is to regenerate and maintain strong, healthy hair dyeing between successive treatments. It can also be used as a regenerative treatment for hair that is not dyed, but require strengtheningand support after the holidays, or intensive use of the hair straightener or curling iron. 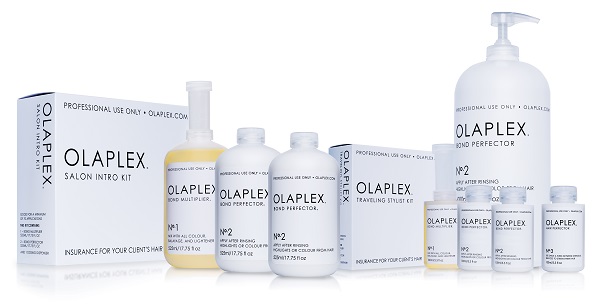